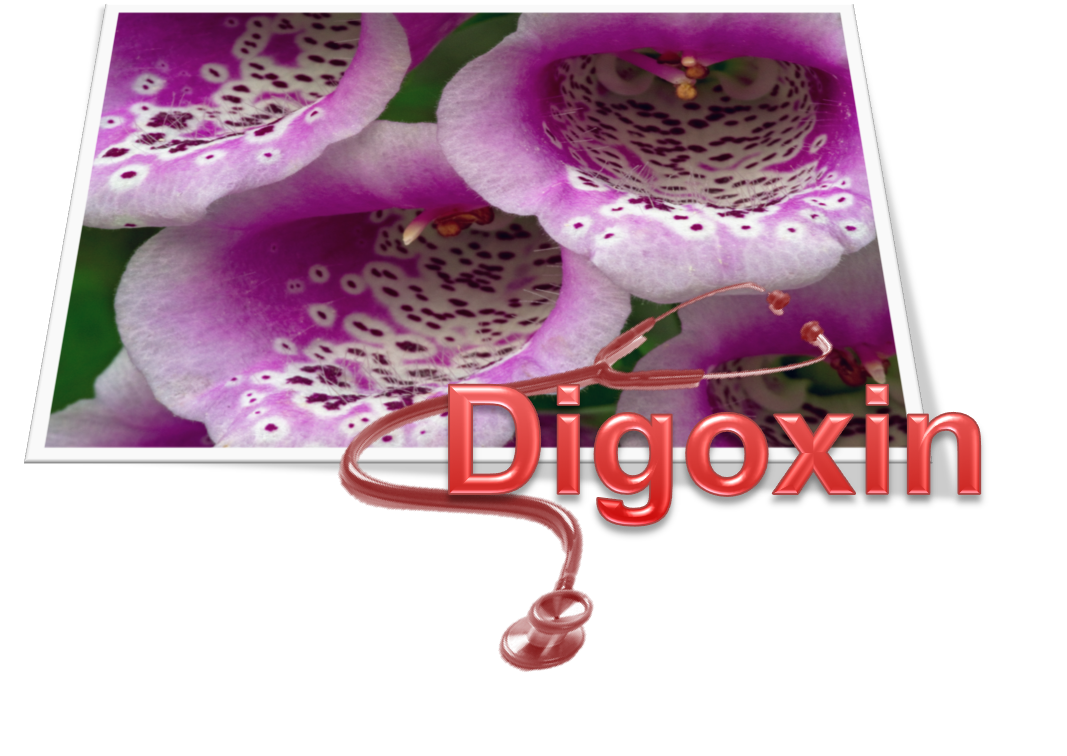 Digoxin is one of the oldest medications utilized in contemporary medicine with its documentation dating back 200 years. HFSA guidelines state that digoxin may be considered to improve symptoms in patients with reduced LVEF (<40%) who have signs or symptoms of HF despite use of standard therapy (ACE inhibitors and beta blockers). The most recent ACC/AHA guidelines recommend digoxin for symptomatic chronic heart failure for patients with reduced systolic function (Class IIa recommendation).

The Digitalis Investigation Group (DIG) trial assessed all-cause mortality in patients in sinus rhythm with HF and reduced systolic function while receiving diuretics and ACE-inhibitors and found that although digoxin had neutral effects on mortality, digoxin use was associated with a 34% reduction in 30 day all-cause hospital admission. Studies have also shown that treatment with digoxin does not increase all-cause mortality in the first 30 days post-hospitalization. In fact, in the PROVED trial, patients in whom digoxin was discontinued had a two fold increase in worsening heart failure and a decrease in both exercise capacity and LVEF compared with patients who continued on digoxin therapy.

Low dose digoxin (0.125mg daily) resulting in a serum concentration level less than 1 ng/mL, has beneficial hemodynamic, neurohormonal, and clinical effects. The key to obtaining the most mortality benefit lies in maintaining the appropriate level of 0.5-0.9 ng/ml. A digoxin level above 1.0 actually is associated with an increase in mortality despite a level of >2.0 being considered as toxic. Women tend to be at increased risk of mortality on digoxin so it is practical to administer low doses of digoxin only in women with HF with EF below 40%. It typically takes 5 daily doses to achieve steady state and it is prudent to check a digoxin level at that point especially in the elderly, women and those with impaired renal function.

Caution should be observed when digoxin is administered with other medications that may potentiate its effects or increase the serum concentration level. Common cardiac offenders include amiodarone and verapamil. Hypokalemia is a common electrolyte imbalance in HF patients on diuretics and can result in dig toxicity.

Digoxin doses should be personalized for the patient. No loading dose is required. A dose of 0.125mg daily in a patient with normal renal function will generally result in a serum concentration level of ~0.8ng/ml. Alternative regimens for those at risk of toxicity include every other day dosing or low dose 0.0625mg daily.

[accordion]
[pane title=”Digoxin”]
Dosage: 0.125mg PO QD ( Alternative regimens for those at risk of toxicity include every other day dosing or low dose 0.0625mg daily.)
[/pane]
[pane title=”Guideline message”]
Digoxin is indicated in patients with moderate to severe HF who continue to have symptoms while on optimal doses of standard therapy.
[/pane]
[/accordion]